Hurricane advisory: Rentals in and around Louisiana will be effected by Ida
Sign In 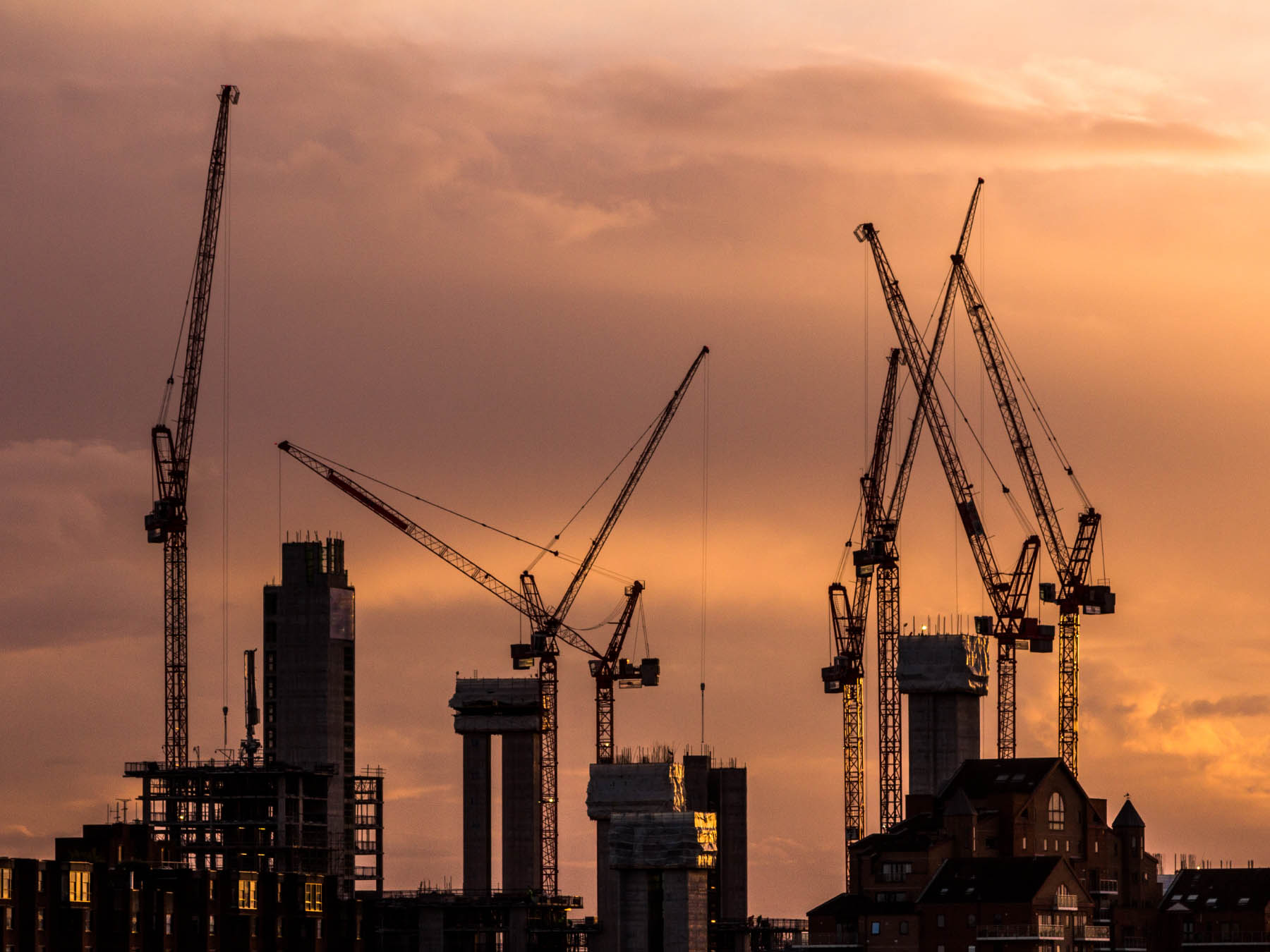 The remarkably powerful cranes that exist today are part of an engineering tradition that spans at least 2,500 years, dating back to Ancient Greece and the Roman Empire. These early cranes employed a rudimentary system of pulleys and rope that enabled them to carry up to 6,000 pounds, or three tons, when operated by eight men.

Ancient cranes represent impressive engineering feats given the technology of the time. However, the weight capacity of those early cranes is completely overwhelmed by the working load limits of today’s biggest cranes, the largest of which is capable of lifting 44 million pounds.

Since there are many different types of cranes, determining the biggest and strongest requires a bit more specification. In our research, we scoured the world for the most impressive cranes and came up with four that rise above the rest:

Read more about each of these incredible cranes below, or jump straight to our infographic.

While mobile cranes can be used for small jobs like moving pallets or building materials, some sites require enormous power in a mobile package. For those jobs, the best choice is the Liebherr LTM 11200-9.1, an absolute beast of a mobile crane and the clear winner of the title for strongest mobile crane.

The boom arm for the Liebherr crane is massive—as long as the wingspan of fifty basketball players.

With an incredible lifting capacity, strong base and remarkable hoist height, the Liebherr LTM 11200-9.1 is ideal for massive construction projects. For example, this crane was recently used to construct a massive 538-foot-tall gantry crane at an industrial port, and it was also part of an operation to hoist a huge 23-ton jib, part of a crane that will help erect a new wind turbine in Germany.

Tower cranes enable the construction of massive buildings that would never be possible with mobile cranes, which are overshadowed by the height of skyscrapers. Some tower cranes are self-climbing, able to construct their own tower as they rise alongside a building in progress.

Many tower cranes used to build skyscrapers are anchored externally to the building or sit in the middle of the building itself, which helps secure the crane and allows it to reach incredible heights.

After looking at dozens of miraculous models, our search ended with the Kroll K10000, a soaring tower crane that operators around the world dream of working with.

The tower of the Kroll K10000 is gigantic—way taller than the Statue of Liberty.

The Kroll K10000 is capable of extremely heavy lifts on a fairly small foundation, making it ideal for large-scale industrial projects. Relatively few K10000s exist, but several of them that were famously used in the construction of the Chernobyl power plant are still in operation today.

While most cranes are set up for a particular job and then moved or disassembled, others are built for a specific, long-term purpose. These industrial super cranes are typically placed on ports where they are responsible for lifting unimaginable loads weighing millions of pounds.

Because these cranes are so impressive, massive and majestic, they often take on individual personalities and become tourist attractions. For example, the SGC-250 (or “Sarens Giant Crane”) that was built in the United Kingdom has been affectionately named “Big Carl.” Big Carl is impressive: It will help move 600 components, some of which weigh 3,000 tons, for a nuclear power plant project.

That said, its lifting power is clearly eclipsed by the world record holder for “heaviest weight lifted by a crane,” set in 2008 by Taisun, a Chinese crane that assembles semi-submersible vessels in the Yentai Raffles Shipyard.

Taisun is a phenomenal crane with a mind-boggling maximum load capacity that exceeds 40 million pounds. The crane is impressive as it currently exists, and it’s also astounding to watch a video of the crane as it was constructed.

Though they have existed since the Middle Ages, crane vessels exploded in popularity and power during the 20th century, largely due to the increased demand for offshore oil rigs. Over time, the lifting capacity of these vessels improved significantly, as did their stability and maneuverability.

The giant in this industry is Heerema Marine Contractors, responsible for the SSCV Sleipnir, a semi-submersible crane vessel with the largest lifting capacity in the world.

The SSCV Sleipnir is an incredibly long vessel—six times as long as a blue whale.

The Sleipnir is a beautiful vessel with best-in-class thrusters, mooring systems, safety and life-saving equipment, accommodations and lifting capacity. This vessel operates mostly in the North Sea, completing jobs involving modules that need to be lifted onto offshore platforms.

The Future of Cranes

Innovations in the construction industry are impressive and far-reaching, and advancements like drones, augmented reality, exoskeletons and worker wearables are already leading to unprecedented improvements in efficiency and safety.

Crane technology will also continue to evolve in the coming years, with many predicting that autonomous cranes will be the next important breakthrough. Manufacturers are already working to integrate key features like collision detection, remote operation from a centralized control room and automatic movement around construction sites that will drastically change how cranes work. Early studies of autonomous cranes suggest they may be capable of improving efficiency by 77 percent and reducing accidents by 50 percent.

While such technology is currently out of reach for most contractors and job sites, these features will soon be as commonplace as rated capacity limiters are now.

While we wait for these next great strides and a new wave of huge cranes with unimaginable lifting capacity, powerful carry deck cranes and all terrain cranes are already available to rent for jobs of different sizes—and they are much less expensive than the massive cranes described in our infographic.

Are Boom Lifts Versatile Machines?
How Do Construction Cranes Work?
How Does a Scissor Lift Work?
How to Change a Tire On a Hydraulic Log Splitter
How to Use an Aerial Lift to Make Your Next Client Video Remarkable
Air Compressor Rental Guide: What Size Powers Which Tools
Do I Need to Rent a Boom Lift or a Scissor Lift?
What Type of Loader Do I Actually Need?
Common Forklift Rental Prices For Your Next Project
How do Porta-Potties Work?
Crane Equipment Share this article:

We are currently rebuilding our checkout system and apologize for any inconvenience.

To order all equipment at once, please call (888) 325-5172.
Processing...
×
Enter jobsite location to see local rates:
Use Current Location